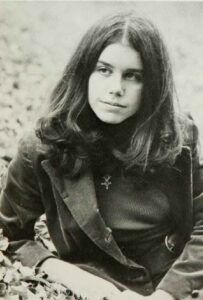 Deborah Merrick Estes, August 11, 2022, in Washington, DC. Deborah lived in Cushing House and majored in English Language & Literature. A 1976 graduate of Georgetown University Law Center, Deborah had a long career on Capitol Hill, where she worked on a broad range of issues involving public lands, natural gas, and energy efficiency, making significant contributions to landmark legislation. Most recently she served as Senior Counsel to the Senate Energy and Natural Resources Committee where she made major contributions to the milestone Energy Policy Act of 2005 and the Energy Independence and Security Act of 2007. While her children knew she was a big deal at work, what they most remember are dinners at home every night; she made excelling in a male-dominated field while raising a family look easy. A lover of literature, music, and poetry, Deborah sang in choral groups until well into her sixties. Deborah lived with Alzheimer’s for the last nine years of her life — and made connections, music, friendships, and art throughout that time.

Dianne Elizabeth O’Donnell, August 27, 2022. Dianne lived in Tenney House and majored in Government. She had a long, successful career as an attorney specializing in investment management law. After graduating from William & Mary Law School, Dianne began her career at the Securities and Exchange Commission in Washington, DC. She later was an attorney at Goodwin Procter and the Boston Company in Boston. Moving to New York City, she served as Counsel to Paine Webber Mitchell Hutchins and then at the law firm of Willkie, Farr & Gallagher, from which she retired after many years of valued service. Her character, judgment, and wonderful sense of humor will be greatly missed by her family, friends, and colleagues. 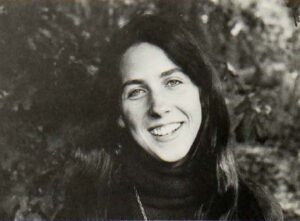 Deborah Bandler Bellman, July 24, 2018, in England. The daughter of a Smith alumna, Debbie lived in Capen House and majored in English Language & Literature. After graduation, Debbie moved to London to study at the Anna Freud Centre. She stayed in England, living with her pediatrician husband and their twin daughters, working her way up as a child analytic psychotherapist and training in adult psychoanalysis. Debbie was a highly respected psychoanalyst both in private practice and as a driving force in making the British Psychoanalytic Association into an internationally recognized organization. In 1986, she became the editor of the Journal of Child Psychotherapy. She was a prolific author and taught in the UK and abroad. Until her illness prevented her from actively teaching and presenting, Debbie was passionate about training the next generation of psychoanalysts.

Susan Wooleyhan Caine, Feb. 2, 2020. An Art major at Smith and an Emerson House resident, Susan designed the poster used for Smith’s Centennial celebration while working briefly as a publications assistant in the Office of the Secretary at Smith. Her 40-year career in artistic design and publishing included positions with Harvard University Press, St. Louis Magazine, the Missouri Botanical Garden and Washington University in St. Louis, from which she retired in 2019 as executive director of development communications. Susan will be remembered as an accomplished artist. She had a warm, giving, and positive outlook on life, supporting many charitable causes with her time and resources. Susan died in St. Louis, MO, following a lengthy struggle with brain cancer.

Cynthia Pendias Cox, January 3, 2018. Cindy grew up in Greenwich, CT and graduated from Greenwich Academy in 1969. At Smith, Cindy lived in Baldwin House and majored in Economics. Upon graduation she worked in NYC in the international lending division of Chemical Bank becoming one of the few women Vice Presidents at that time. She met and married an Englishman in 1986 and subsequently relocated to London, England. She went on to become a solicitor practicing in family law. Her death came after a long and arduous struggle with MS.

Ann Butterworth Feakins, May 13, 2021. Ann died at home in Virginia Beach, VA, surrounded by her family. The granddaughter of a Smith alumna, Ann came to Smith from the Kent Place School in Summit, NJ. She lived in Lamont before spending her junior year at Dartmouth; her Senior house was Duckett. Ann majored in Economics, graduated Phi Beta Kappa, and began her banking career in New Orleans as the first female loan officer in the city. She is survived by her husband, their three children and six grandchildren, and her three siblings, Susan Butterworth Lord ’70, Caroline Butterworth Forsman AC ’93, and John Butterworth 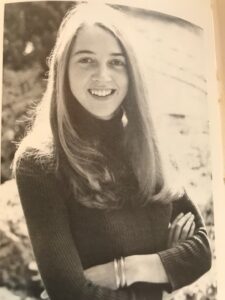 Marritje Van Arsdale Greene, January 8, 2022. Marritje grew up in western New York State and attended high school at The Buffalo Seminary in Buffalo, New York. At Smith, Marritje majored in Sociology with a minor in Psychology and lived in Wilder House and Northrop House. After graduation, Marritje lived in Boston, but moved to New York City in 1977 where she joined Bankers Trust Company. She was a vice president of institutional sales in the New York and Los Angeles offices, specializing in fixed income sales. Marritje met her husband while at Bankers Trust in Los Angeles, and they were married in 1981. In 1986, Marritje joined Greenwich Capital Markets in Greenwich, Connecticut. After moving to Hillsborough, California, and the birth of her third child in 1988, Marritje retired from the securities business and began her long and rewarding involvement in the community, which included participating with the Save the Redwoods League and the Peninsula Open Space Trust to acquire key parcels of property to protect majestic redwoods and the San Mateo coast.

Tracy Kirkman-Liff, August 11, 2020. Tracy majored in Anthropology and lived in Baldwin House. She went on to receive a master’s in Anthropology from The University of Texas and was working on a doctorate in Anthropology until her fieldwork was canceled due to the political revolution in Iran. She worked for many years at the Arizona Department of Health Services on access to primary care in rural communities and consulted with community health centers serving low-income and uninsured people. Tracy died at home in Cardiff-by-the-Sea, CA, after a long illness. She is survived by her husband, two daughters, and two grandchildren.

Marcia Radley Minehan, March 16, 2022. Marcia majored in English and lived in Gardner House. After graduating from Albany Law School, Marcia moved to New York City and worked in the Trust Department of Morgan Guaranty Trust Co. where she met her future husband. She retired from Morgan Guaranty after the birth of her first child. She went on to have two more children and resided in Westport, CT for over 40 years. Marcia passed away peacefully at home in Westport of a rare form of appendiceal cancer.

Anne Connor Richards, January 12, 2018, in New York City. A priest for more than 30 years, Anne inspired countless parishioners throughout her career. A scholar and teacher, she instructed courses not only in Bible study but on a wide range of subjects, from parenting to responsible aging. She had a deep love of art, poetry and literature that informed her great talent as a preacher. A mother of two and grandmother of four, she leaves a loving family who will, as she always guided, “live out loud.”—Laura Castellano Richards ’02, her daughter-in-law

Barbara Peck Rothrock, December 14, 2017. Originally from Mt. Kisco, NY, Bobbie majored in Economics at Smith and lived at Wilder House. Although a favorite personality among her Wilder Wench house mates, Bobbie decided to spend her Junior Year at Williams on the Twelve-College Exchange Program. She transferred to Williams for her senior year and graduated in 1973. Bobbie is survived by her husband and son.

Phyllis MacDonald Zuccalo, August 15, 2021. Phy was a lifelong resident of East Longmeadow, MA. She graduated from ELHS in 1969, At Smith she majored in Education & Child Study and lived in Comstock. After graduating from Smith, Phy began her career teaching third grade at Holy Cross School in Springfield and later took a break from teaching to raise her family. She returned to the workforce as the founder and manager of the Newspaper in Education program at The Republican, a Springfield newspaper, where she was beloved by co-workers and school systems alike. She then returned to her passion for teaching at Tatham Elementary School in West Springfield, from where she retired in 2018. After retirement she worked part time in the Enfield, CT school district in the special education department working with students one on one, a job she thoroughly enjoyed. Phy was an avid reader and enjoyed playing guitar, spending time at her house in Vermont, and playing with her grandson.